Language variants – why your translation should be localised

When requesting a translation, knowing what languages you want to translate into is sometimes straightforward. For a marketing campaign in Italy, you’ll choose Italian and for a technical manual for use in Russia, you’ll choose Russian. However, what happens when the country of your target audience speak and write more than one language? Or a language is spoken and written in multiple countries and there are different variants of the language? This post will explain the importance of language localisation – adapting your content to a country or region where the vocabulary and grammar used can be considerably different. It should also help you to identify which language variant is right for your document. 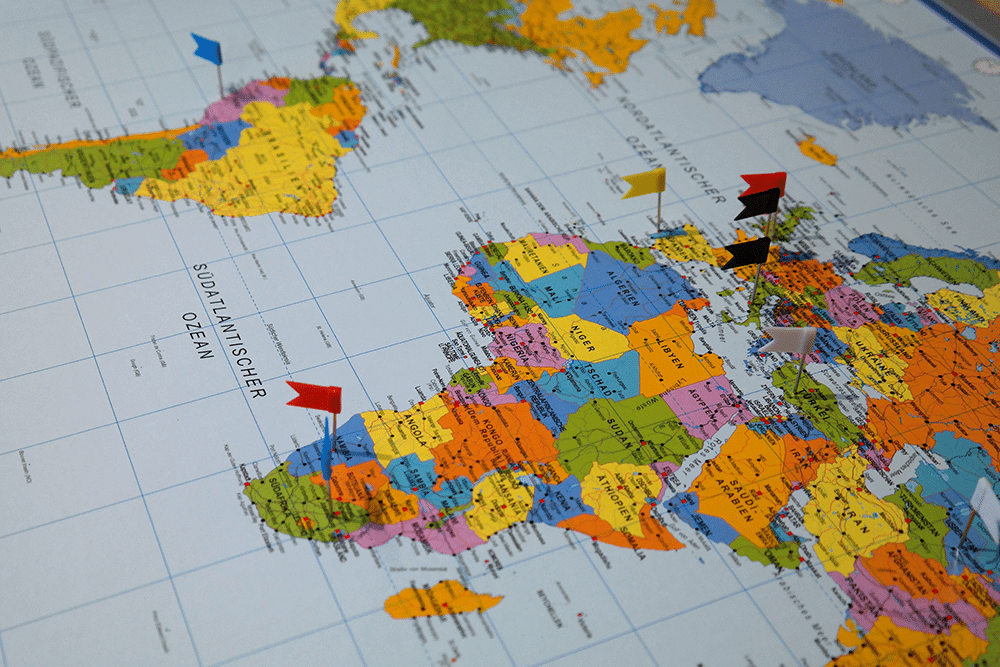 At Surrey Translation Bureau, we get many requests for Chinese translations but what does it mean when you request a translation into Chinese?

Selecting which form of written Chinese is most appropriate for your translation, therefore, depends on which part of China you are aiming to connect with. We are always happy to advise you on issues of localisation if you are unsure.

A country’s history often means that a language is not confined to its physical boundaries. For example, French is the official language of France, which has a population of approximately 66 million. It is also an official language in 29 other countries, from Cameroon to Luxemburg.

In Belgium, French is one of the official languages alongside Dutch (whose Belgian variant is Flemish) and German.

We have translators who translate standard French and those specialised in Belgian French translation, which has some differences from standard French. French is predominantly spoken in the southern Walloon region of Belgium as well as in the capital, Brussels, whose two official languages are French and Flemish. Other varieties of French include Québécois (Canadian) French and Swiss French.

Flemish is spoken in Belgium, mainly in the Flanders region in the north of the country. Dutch on the other hand, is spoken in the Netherlands. Although there are similarities between Flemish and Dutch, there are many differences in the vocabulary. Therefore, it is important to ensure that you choose the correct language for translations reaching clients in Belgium or the Netherlands.

All Germans write using a standardised form of German, Hochdeutsch. Austrian German and particularly Swiss German deviate from Hochdeutsch both in terms of grammar and vocabulary. Whilst standard written German is comprehensible to Swiss and Austrian German speakers, it is often necessary to localise the linguistic content (choosing different words, spellings and grammar) to make sure it is appropriate for the target market.

Spanish is spoken not only in Spain but across much of South America. There are various grammatical and terminological differences between Latin American Spanish and Castilian Spanish (spoken in mainland Spain). To effectively communicate with your target market, it’s essential to use the language form that is standard to them. If you use words or grammatical structures that are unfamiliar or unrecognisable to existing or potential clients, your translations are unlikely to generate effective business results.

Likewise, Portuguese is spoken in Portugal as well as Brazil among other countries. When ordering a translation, ensure your translation service provider knows where the target market is for your translation.

When we localise your translation, we take many other factors into account. These include cultural sensitivities, date and address forms and even country-specific statistics. This ensures that your translation makes the right impression and does not alienate your target market.

UK and US English

English might not immediately spring to mind when contemplating localisation, but English also varies from country to country. If you are targeting the US market, it is important to adapt your content using US spellings. This is a service Surrey Translation Bureau offers.

In order to conduct business effectively, it is important to address individuals appropriately. Doing business with people from different countries and cultures can hugely grow your business and profit. However, you should make an informed decision about the right language variant with the help of your translation service provider. Hopefully, this will be us! This will ensure your translation demonstrates to potential clients how important they are to you.

If you have any queries regarding language variants or would like advice on localisation, please email us at hello@surreytranslation.co.uk or call on 01252 730014 to discuss your translation project requirements.

Back to Blogs
Back to Blogs
We use cookies to ensure that we give you the best experience on our website. If you continue to use this site we will assume that you are happy with it.OKREAD MORE