Healthcare survey from English into eighteen languages and vice versa

PatientView is a research, publishing, and consultancy group based in the UK that believes in patients having a say in all important healthcare decisions, from introduction of a new healthcare product to changes to the national health system. The organisation has been working globally to help define and support the patient movement— one of the most important factors changing healthcare in the 21st century. Surrey Translation Bureau (STB) has been working with PatientView for the last ten years translating survey questionnaires and outcomes and press releases from and into several world languages. 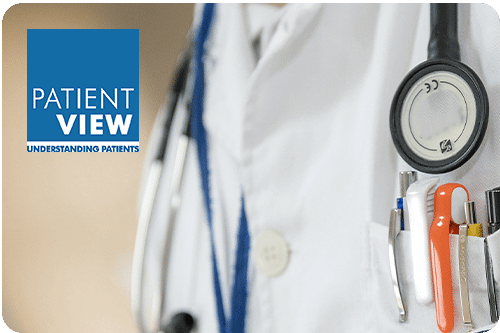 “We have been working with STB for the last ten years on several challenging multi-language projects and they have always delivered quality work in a timely manner. In the field of healthcare it is of primary importance that work is accurate, and we have every confidence in STB in delivering on that front. They are very professional and efficient and it’s always a pleasure to speak to their team.”

PatientView undertakes research for various clients including patient groups, industry and regulators, spread across different parts of the world. For a global reach and to get the most accurate answers possible, they have the survey questionnaires available in various languages. This is where STB comes into play. For “The Corporate Reputation of Pharma 2018” survey, the client sent us the survey questionnaire first to be translated from English into 18 languages including Dutch, Turkish, Chinese, French and Finnish. Once the client had the responses back from the participants in their respective languages, we translated the answers back into English for PatientView to analyse and report on.

Given the niche terminology used in the survey text, especially in regard to certain medical conditions, it was imperative for us to use translators that specialise in the field with extensive experience translating similar texts. Having worked for PatientView for over a decade now, we’ve assembled a dedicated team of linguists for the languages the client usually needs, who are now well versed with the logistic and linguistic demands of each of these projects.

Following successful completion of this project, STB is now working with PatientView on several other projects, including translation of “The Corporate Reputation of Pharma 2019” from English into 19 languages. We hope to continue being part of the client’s future endeavours.

Back to Case studies
Back to Case studies
We use cookies on our website to give you the most relevant experience by remembering your preferences and repeat visits. By clicking “Accept”, you consent to the use of ALL the cookies. However you may visit Cookie Settings to provide a controlled consent.
Read MoreCookie settings
REJECTACCEPT
Manage consent

Any cookies that may not be particularly necessary for the website to function and is used specifically to collect user personal data via analytics, ads, other embedded contents are termed as non-necessary cookies. It is mandatory to procure user consent prior to running these cookies on your website.

Advertising cookies are used to deliver advertisements more relevant to you, but can also limit the number of times you see an advertisement, and be used to chart the effectiveness of an ad campaign by tracking users’ clicks. They can also provide security in transactions. They are usually placed by third-party advertising networks with a website operator’s permission, but can be placed by the operator themselves. They can remember that you have visited a website, and this information can be shared with other organisations, including other advertisers. They cannot determine who you are though, as the data collected is never linked to your profile.

Analytics Cookies collect data for statistical purposes on how visitors use a website, they don’t contain personal information such as names and email addresses, and are used to improve your user experience of a website. Here are some examples of how we use performance cookies: • Gathering data about visits to the website, including numbers of visitors and visits, length of time spent on the site, pages clicked on or where visitors have come from. • For comparison with other websites using data collected by industry-accepted measurement and research companies. Information supplied by performance cookies helps us to understand how you use the website; for example, whether or not you have visited before, what you looked at or clicked on and how you found us. We can then use this data to help improve our services. We generally use independent analytics companies to perform these services for us and when this is the case, these cookies may be set by a third party company (third party cookies).

Performance
Save & Accept
Powered by CookieYes